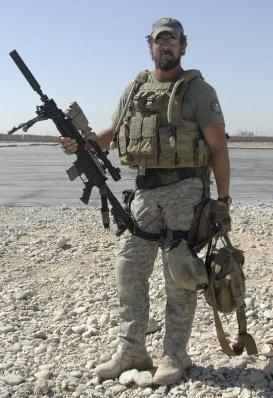 Sergeant First Class Chris Corbin entered military service in July 1995. Prior to becoming a Green Beret with the 7th Special Forces Group (Airborne) he served in various other Army units such as the 3rd Brigade, 82nd Airborne Division, and the 1st Battalion, 75th Ranger Regiment.

On February 17th, 2011, Chris was on his 3rd tour to Afghanistan in support of Operation Enduring Freedom (OEF). That day he was on patrol with his Operational Detachment Alpha (ODA) through a village in the Helmand Province, when he stepped on an Improvised Explosive Device (IED) and suffered injuries to both legs resulting in a Bilateral, Below-the-Knee (Bilat BK) amputation.

After stabilization Chris was immediately sent to Walter Reed Army Medical Center, where he underwent several surgeries; after which he embarked upon – what was thought to be – a long road to rehabilitation.

On July 15th, 2011, less than 5 months after his injury, he was medically cleared to Return to Duty (RTD) with the 7th Special Forces Group (A), where he is currently serving.

On March 24th, 2012, 13 months after his injury, Chris, with his Green Beret father Master Sergeant Nelson Corbin, ran his first 5K race to benefit the Fisher House on Eglin Air Force Base. His determination and will coupled with the support and motivation provided by his father and teammates, Chris finished his first race in 27 minutes and 34 seconds.

SFC Corbin recently returned from a CNT Mission in SOUTHCOM, developing contacts and parameters to conduct training for the 7th SFG(A) SOFMPC Detachment.

SFC Corbin continues to serve in the 7th SFG(A) and is currently TDY to Walter Reed National Army Medical Center in Bethesda, MD, aiding in the recovery of another SOF Wounded Warrior.