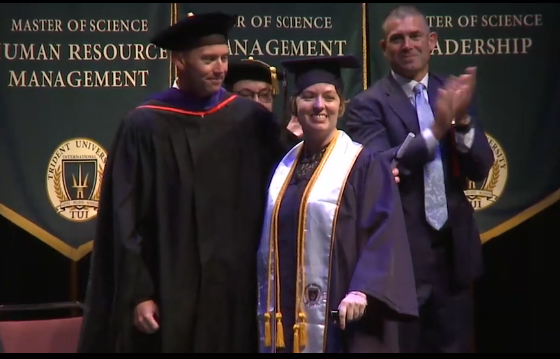 Wounded Veteran earns her degree, and keeps inspiring others to never give up!

No matter how bad your day is going, there is always a wounded veteran out there struggling to accomplish what most of us would think was the impossible. The wounded veterans we work with are the most resilient and amazing people on the planet. Just knowing them is an absolute honor. Here’s Holly Katke showing the rest of the world that you can get shot in the head by a sniper, and overcome the nightmare that accompanied…to get a college degree! Way to go Holly!! You are an inspiration to so many! 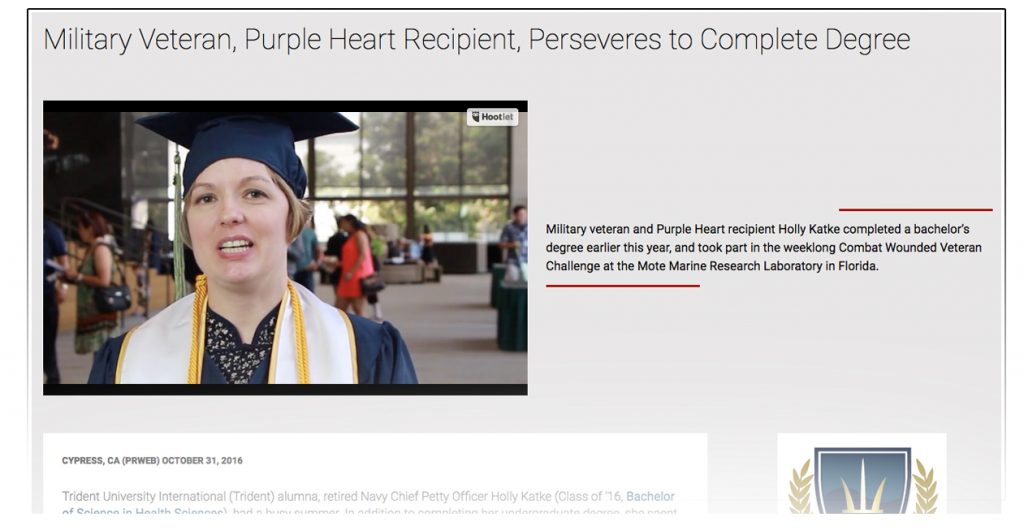 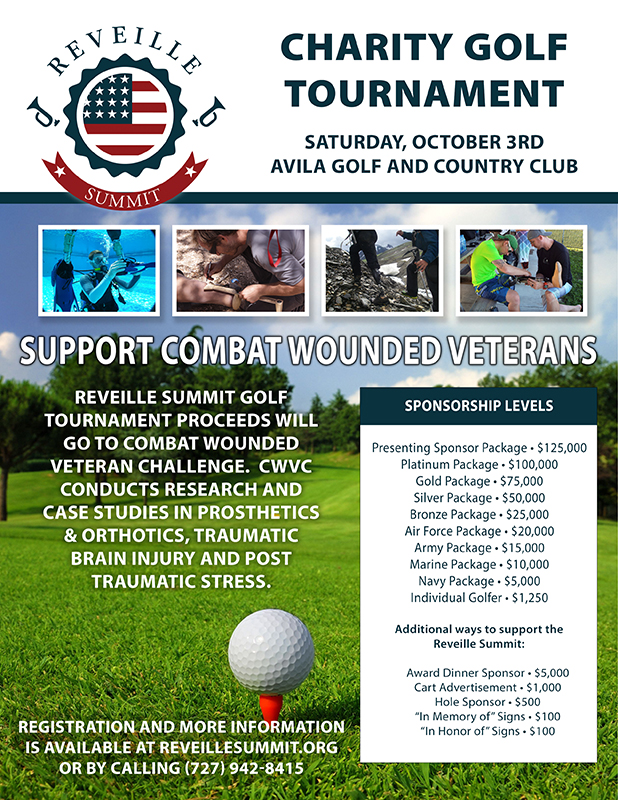 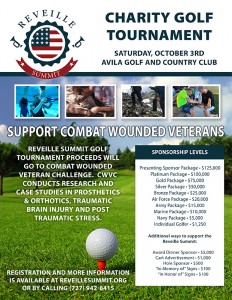 On October 3, 2015, the Reveille Summit Golf Tournament will be held at the Avila Golf and Country Club to raise money for Combat Wounded Veteran Challenge.  The par 71 course spans 6,926 yards and caters to all levels of play. The scramble will include prizes of the highest quality for multiple categories. With a limit of one hundred and twenty people, time is of the essence.

Awards dinner at the prestigious country club will follow.

Complimentary transportation to and from the Renaissance Hotel will be provided. 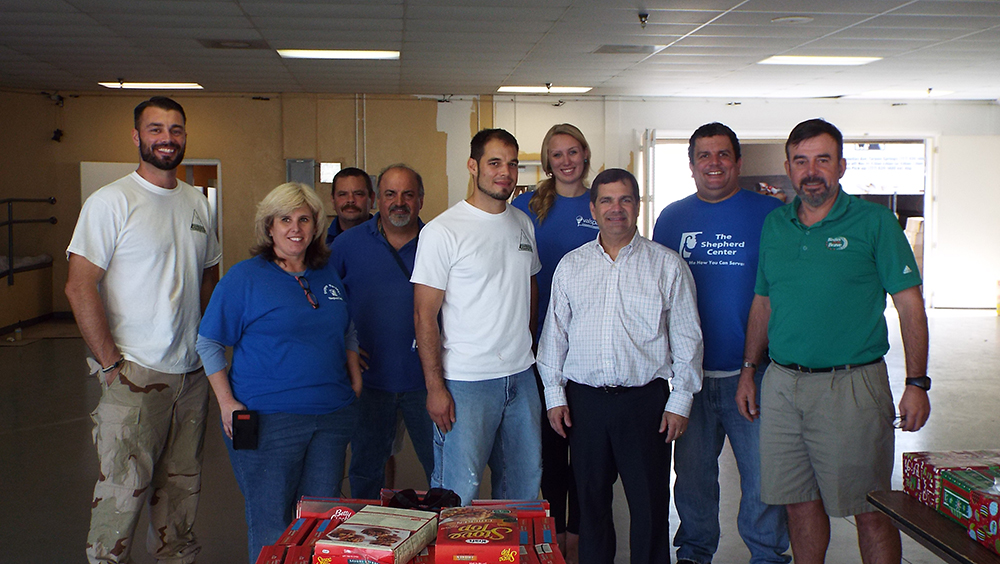 ‘Tis the season for many things at Combat Wounded Veteran Challenge. 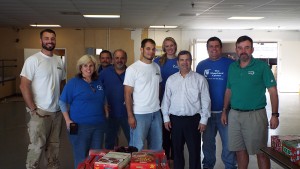 Christmas brings its own set of priorities and responsibilities. We are in the holiday spirit, and at the same time scrambling to attend parties, visit with friends and family and somehow get that shopping completed all before Santa rolls into town! The same can also be said at Combat Wounded Veteran Challenge…except ours is a little different scenario.

Although we have wrapped up our Challenges for the year, we are extremely busy planning next year’s event calendar, promoting the year-end giving campaign, working on our first newsletter, preparing sponsorship proposals and also giving back to the community we live and work in.
Yes, as busy as we all are, a handful of CWVC staff, volunteers and other caring individuals came together to help The Shepherd Center as they move into a brand new building here in Tarpon Springs. The good news is that they will be able to assist more people that are struggling with homelessness and need help. The bad news is the plain fact that there are MORE people that need the help. And the worst part is that a large majority of them are VETERANS. That is one reason why the Combat Wounded Veteran Challenge team rolled up their sleeves and lent a hand in painting the interior of the new building.

“The best way to find yourself is to lose yourself in the service of others.” ― Mahatma Gandhi

It is unusual for several charities or groups to come to the aid of another. But in the spirit of the season, our team had an assortment of people who wanted to make a difference. Director Arlene Gillis, along with students Harrison Pham and Roy Rangel representing St. Petersburg College / JE Hanger Orthotics & Prosthetics College, CWVC Challenge Warrior Nathan Deneault, Mrs. Marie Martinez, Tania Rodrigues, a UCF student and CWVC Volunteer, Jeff Hoberg, a staff member with Congressman Gus Bilirakis’ office, and our Executive Director CAPT. David Olson and myself.

Congressman Gus Bilirakis stopped by to encourage everyone and thanked us for sharing our time and talents to help those less fortunate. He pledged to continue to do what he can to shed light on the issues of our military veterans and those who need help the most.

Valspar donated all the paint and supplies for the paint party. Christine Shand and Michael Herrera with The Shepherd Center were there painting with several of their volunteers.
A good 4-5 hours of hard work left everyone feeling good. It was time well spent helping a great organization…and it was a wonderful, caring gift we gave one another and our community.

I’d rather do community service than sit and write a load of Christmas cards. ~Paul O’Grady

Merry Christmas and Happy New Year from our family to yours! 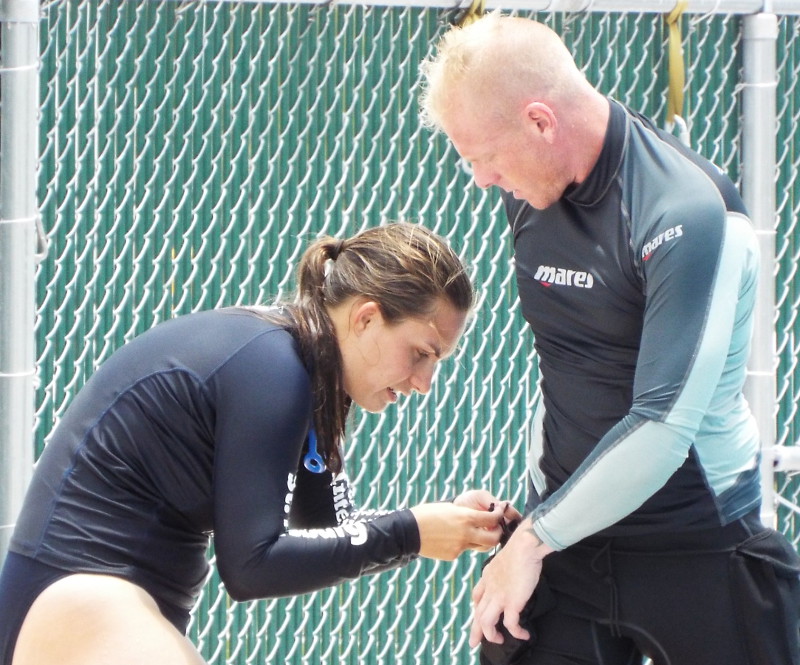 The Combat Wounded Veteran Challenge tested me physically, mentally and emotionally. I was fortunate enough to bring my son on this trip. I wanted my son to see what teamwork and comaraderie is all about, and that there are other combat wounded veterans who are out living their life to the fullest, not letting the physical and mental strains resulting from combat stop us. During this I was reminded that we all have issues and it is up to us how we respond to our challenges. “Uncommon valor was a common virtue” best fits what I experienced.

My path to recovery wasn’t the same as the other veterans. I did not recover at Walter Reed or Brook Army hospitals. I learned through this trip that it didn’t matter how or where I recovered, all that matters is that I am here and alive, at the end of it all we are the same with the same drive to keep pushing forward, not letting anything stop us. Combat Wounded Veteran Challenge has a motto “Wounded, not Conquered”. The 2014 Scuba Challenge has reminded me of this and as a bonus my son has seen this as well. Thank you CWVC.

One memory that will be with me forever was the underwater navigation course. We were teamed up with the SCUBAnauts to scuba 500 meters as fast and accurate as we could.

I was teamed up with a Scubanaut who had won this challenge a couple times. I was determined to give everything I had to keep up.She was fast, pushing me and my abilities to the max. I pushed so hard that I had a panic attack. I felt comfortable pushing through knowing that I had a partner who could help me push past it all. The last couple minutes of the exercise I needed to share her oxygen because I had used up my air. At that moment when the intensity was high for me, I began to calm knowing that this is what trust and team work is all about.