Combat Wounded Veteran Challenge Warrior – Billy Costello – provides some valuable insights for a local teen who lost his leg due to a football injury. Our warriors are an inspiration to others because of their heart, determination and willingness to help. Thank you Howard Altman for writing a great article.

Exerpt from the Tampa Tribune article:

Billy Costello has some advice for Lashawn Williams, the Northeast High School defensive lineman who needed his right leg amputated after a freak injury during a game last week

“The biggest thing for him is to surround himself with people who have been successful after an amputation,” says Costello, who has an intimate knowledge of the subject.

Like Williams, Costello had his right leg amputated above the knee.

But unlike Williams, Costello has had a chance to adjust to his new reality.

And not only adjust, but thrive.

Since the IED exploded and his leg came off, Costello has climbed mountains, returned to scuba diving and is in the process of designing his own prosthetic leg that will allow him to do what he did as an Army Green Beret combat diver — operate on land and in the water.

Costello, who medically retired in March as a sergeant first class, has never met Williams. Taking a few minutes before his astronomy class at the University of North Carolina, where he is studying film and psychology, Costello says he wants to pass along the wisdom of someone who knows better than most about where the road ahead may lead.

“That’s a tough situation,” says Costello when I tell him about what happened to Williams, who just turned 18 last week. “It’s a whole new set of circumstances. Right now he is thinking about the permanence of his situation, how young he is, all the doors that have just shut for him. He is going to worry about the relationships that he is never going to form. The accomplishments not made.”

And that, says Costello, is why it is so important for Williams to get to know folks who have had to deal with losing a limb… 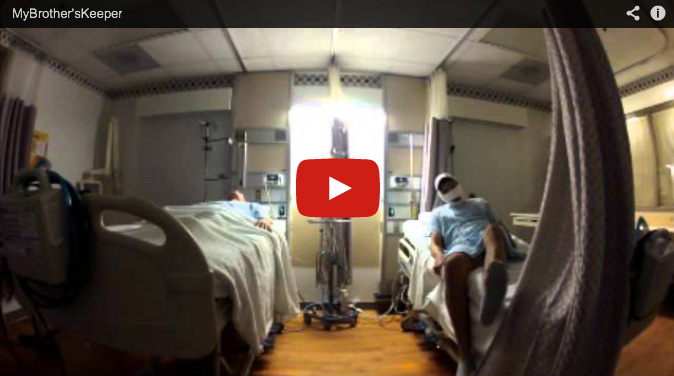 Credit: Patton Veteran Project and the I WAS THERE Film Workshop

17 CWVC Challenge Warriors set sail on a 10 day voyage in May crewing a 75 foot ketch from Key West to the Dry Tortugas, conducting data collection with St. Pete College and testing their endurance on the high seas. This great video was shot, edited and directed by our CWVC vet crew – Roland Vaughan and Billy Costello, with a special thanks to Graham Sheldon. Wayward immerses you on the boat, in the action. Check it out…and we dare you not to share this!