In the news: Combat veterans take part in historic sailing to Cuba from St. Petersburg

Our Sailing Challenge/Race to Havana is underway!  Here’s our team on the news!

More information on the race: 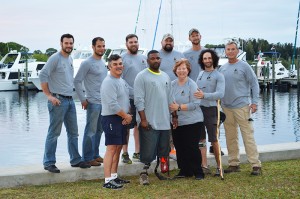 It is an unusual mix. Adaptive competitive sailing and Post Traumatic Stress treatment. But it is working for our 9 combat wounded veterans that are competing in the America’s Disabled Open Regatta at the St. Pete Yacht Club.

Upon arrival to the bay area, the team spent a few days huddling with Dr. Carrie Elk of the Elk Institute, learning about Post Traumatic Stress treatments, why it effects them and various tools she will employ to help them work through the issues they face on a daily basis. For most it was an enlightening experience. Warrior Peter Cabral stated, “I heard of the different treatments, but no one ever spent the time to really explain them to me. I did some research on my own, but this has been great. I’ve learned more in one hour than I have in two or three years! I already know this is going to help me and the other guys.”

The path our inaugural sailing team took to get here is as unique as the treatment they are receiving from Dr. Carrie Elk.

A month ago most of these warriors had never set foot on a sail boat or had much of an interest in the sport of competitive sailing. After a one week sailing boot camp in Galveston, Texas, this hard working group participated in back-to-back regattas.

And they WON, sweeping the novice division of the first regatta and placing 1-2 in the U.S. Disabled Sailing Championships novice division. Not bad for a bunch of beginners!

Their successful performance and collective spirit earned them a special invitation to this week’s America’s Disabled Open in St. Petersburg, Florida. The Combat Wounded Veteran Challenge team will have some stiff competition, but it does not intimidate them one bit!

We are so proud of this group of combat injured and wounded veterans. They are not only competing, but taking the time to share their stories with the media, such as WFLA-TV’s Gayle Guyardo and Howard Altman of the Tampa Tribune. For our challenge warriors it’s a way of paying it forward and inspiring other newly injured and wounded veterans that they too can overcome limitations and barriers to lead productive lives. 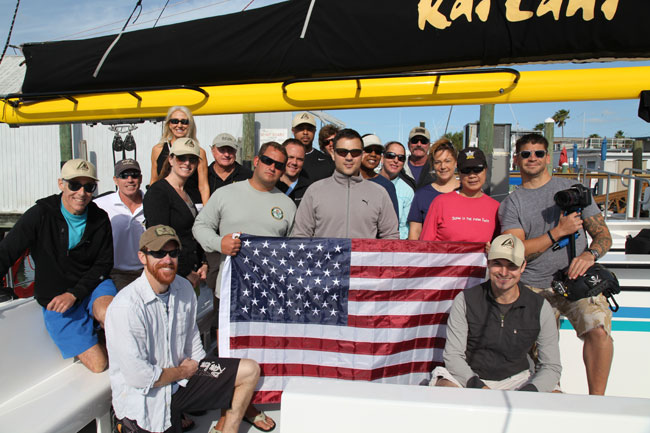 One of our partners, St. Petersburg College/J.E. Hanger College of Orthotics and Prosthetics shared some thoughts pertaining to the first ever Sailing Challenge in the July 2014 Newsletter. Our partnership with SPC gives students an opportunity to execute case studies in the field working with our veterans. Read Shacoya Smith’s reaction to this experience at sea and how it impacted her: http://www.spcollege.edu/WorkArea/linkit.aspx?LinkIdentifier=id&ItemID=13955&libID=13975